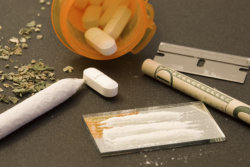 At our Teen Treatment Center in Los Angeles, we want to reach out to teenagers between the ages of 12-17 who are struggling with anorexia and cocaine addiction. Individually, both are serious disorders that can be detrimental to a teenager’s health and life, but it is also important to note that these disorders can co-occur. As a reputable Southern California Teen Drug and Alcohol Rehab Treatment Center, we endeavor to help teenagers who suffer from these conditions through our drug treatments and rehab process.

As defined by the American Psychological Association, Anorexia Nervosa (commonly referred to as Anorexia), is an eating disorder where individuals believe that they are fat even when they are thin. Due to this belief, they are very strict about eating (to the point of restricting their calorie intake and starving themselves) and they take any measure that they can find just to remain thin. This leads them to turn to other weight-loss measures such as drugs.

How can anorexia lead to cocaine use?

Some individuals with anorexia start to experiment with cocaine – a very addictive and potent drug. Cocaine is a central nervous stimulant that has been known to suppress an individual’s appetite. Even without an eating disorder, cocaine users tend to lose a significant amount of weight in a short span of time. However, for people with anorexia, the weight-loss that cocaine can bring can be very attractive and it can lead them to start using. Cocaine by itself is very addicting, but when mixed with an anorexic’s distorted body image and weight-loss goals, it can be very hard to get the person to stop once he/she starts using.

By providing Teen Rehabilitation in Los Angeles, California, we want to help teenagers overcome their cocaine addiction and help them with their struggles against anorexia. Allow us to help you. For further details regarding our treatment programs, please contact us at 888-294-0977.